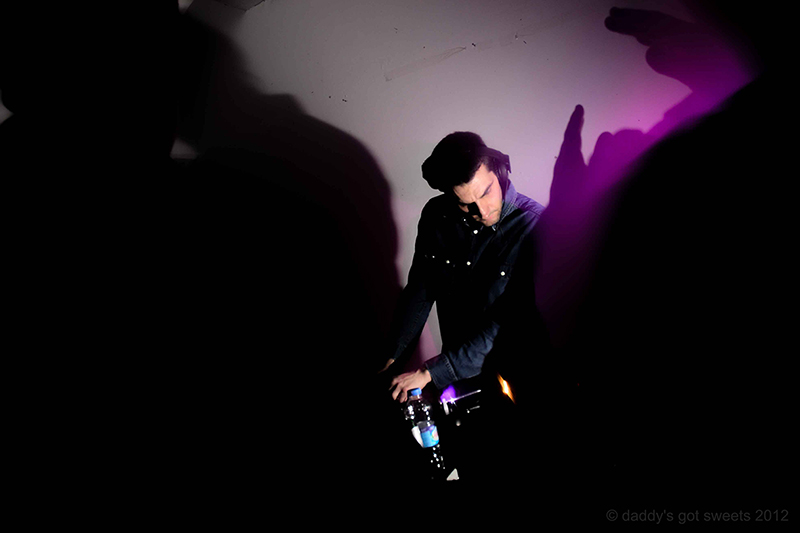 A few words on how i see my passion of playing records:

I am very passionate about sharing with the audience what i think are the greatest records of the moment or what i think are some timeless classics.
In that sense i’m not pretending to be “right” or “wrong” and i will never be able to make 100% of everybody happy, but i feel that my duty is to inform people of what’s really relevant would it be timeless classics or brand new records.

I’m always trying to present to people a little bit of the history of “my” beloved House and Techno , as i tend to do so by playing very personal “classics” not the Hits from the past but very unique records that in my mind represent the essence of what is magic in House and Techno.

I see my job as being a big filter: As a « vinyl junky » i am in the record stores chasing jams almost everyday, and i am following the movement of what i hear, i mean when Techno was so revolutionary i would play a lot of this, when the NY Deep House sound really expanded that’s what i would actually try and showcase, and nowadays that a lot of the Techno and House roots is revived in new productions i’m back on my Techno and House roots playing a lot of brand new amazing Techno and House records!

About 20 years ago Laurent Garnier gave my first opportunity to DJ: La Luna then club Boy in Paris for the Oz parties, then at club Le Palace for the Zoo parties.

At the same time, I started to host a radio show on radio FG 98.2, everyday from noon to 2 PM. A few years after i invited my friends, DJ Gregory and DJ Alex from Tokyo to join me and the show was then named « A Deep Groove » where you could hear everything from Mos Def to Jeff Mills, but mostly the purpose of the show was to share a true passion for real deep underground House and Techno music.

Around 1994: coming back from NYC where i could finally hear Legends such as Louie Vega or Tony Humphries dj in their own environment, i put together a compilation with the What’s up bar team: « What’s Up Mix It”, incl. Tracks by Dimitri from Paris, DJ Cam, Saint Germain, Gilb’r, and a track produced by Saint Germain and myself (well i did not do much on the track to be honest! ) « Sweet Summer Vibe ».

1995: the famous « Wake up » parties were launched by the French Legend Laurent Garnier at the Rex Club featuring prestigious guests such as Lil’ Louis, Derrick May, DJ Pierre, Ron Trent, Chez Damier, etc. I was a regular « warm up » Dj there.

After playing at Rex Club, one of my biggest mentors, Derrick May invited me to visit him in Detroit so i went over to Techno City, and met a lot of my idols, Juan Atkins, Kevin Saunderson, Carl Craig, Kenny Larkin, Stacey Pullen etc…

Soon after I moved from radio FG to Radio Nova, for my Saturday night shows that lasted 5 years.

1997: « the fire » and « the earth » EP’s came out on French label Basenotic under the moniker The Deep, those 12′′ were produced by Julien Jabre and myself

But meeting Kerri Chandler was a unique experience, i have always been the biggest fan of his music and meeting him was like a dream come true, and also the beginning of a great work relationship, visiting him in his studio teached me a lot about how House was produced and how it should sound like†! At the same time i still was busy travelling and playing Deeply Rooted House and Techno†!

– Deeply Rooted House Records , a label that aims to release true to its roots Underground House and Techno sounds , featuring releases by Franck Roger , Manoo , and the legendary Kerri Chandler , with it’s now classic underground House anthem « Back to the Raw ».

2006: A new serie on HMR/DRH « Back to the future » House music legends such as Mike Dearborn, K Alexi, Terry Hunter, Mike Dunn, re-issue some of their classics on HMR and produce brand new tracks in the same musical vein on DRH, Amsterdam’s graphic designer hero Delta design the covers of this project:

2007: Kerri Chandler has the idea of doing a complete album inspired by his love of computer games, so soon after « Computer Games » album was released as a double cd.

2008-2013 : I keep releasing on Deeply Rooted House What i really like !, what i mean is that i’m not trying to follow any specific « editorial » line, i follow my feelings, it could be the magic and timeless Deep House Rootsrax « Harlequin » or Marcelus Techno eps « vol1 » and « vol2 », i was also lucky enough to release remixes of Kerri Chandler tracks by Ben Kloc, and a remix of up and coming Techno Parisian dj François X by Marcel Dettmann. Recently releases on the labels featured very talented Swedish producer Bleak, up and rising Techno great producer Jonas Kopp from Buenos Aires and French Techno veteran Zadig, watch out for more !

2014: Label is renamed Deeply Rooted, and releases record by London based up and coming Dax J (who runs the respected Ear To Ground label as well as Mon Nom Black), J.C., Emmanuel, and Roman Poncet. More to come soon by Terence Fixmer and Roman Poncet