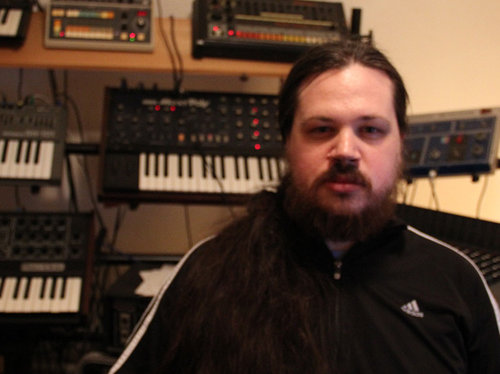 Brendan M Gillen worked alongside Drexciya’s Gerald Donald in Flexitone and Ectomorph, and Gillen’s label Interdimensional Transmissions, founded in late 1994, was deeply influenced by Drexciya’s sound and ethos. Brendan heard far too many ancient voices in his head. Positive that dimensions were colliding and that he could literally feel the deepest will of some mystic past, he decided not to ignore these voices but to contemplate their input, and thus Interdimensional Transmissions came to fruition and the idea-based project Ectomorph found a true home. Since then the vision has continually grown organically and mutated into something that is hard to describe yet easy to feel. His sets effortlessly combine a multitude of seemingly disparate genres into a coalescing solid sound system sensation – pure transcendent psychedelic wizardry. A polymath or sonic alchemist or something. Brendan M. Gillen is part of the history of Detroit as much as the acclaimed superstars. Through a network of pseudonyms such as Ectomorph, BMG, Flexitone, Existence And Uniqueness Of Solutions and others he wrote pages and pages of history. Additionally, he has produced Erika’s solo debut, provided a remix for “Hexagon Cloud RMXD” and collaborated with her on the song “Gardeners”.