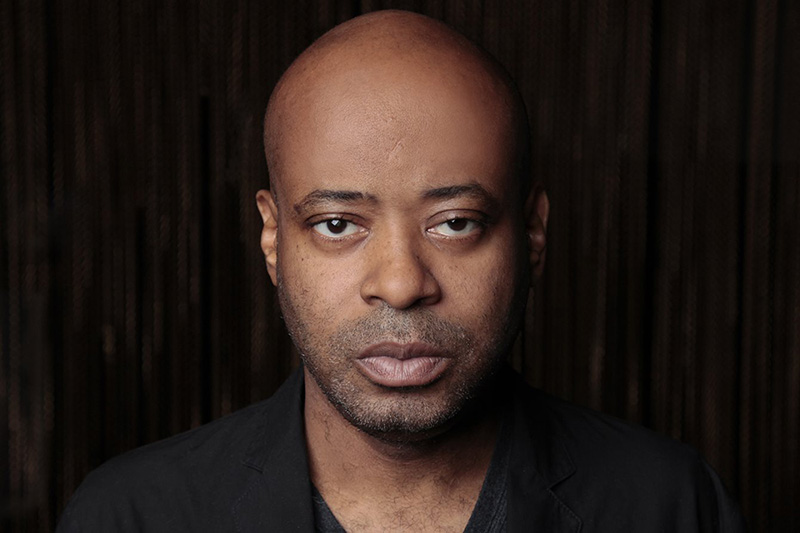 At the dawn of the 1980s, Juan Atkins began recording what stands as perhaps the most influential body of work in the field of techno. Exploring his vision of a futuristic music which welded the more cosmic side of Parliament funk with rigid computer synth pop embodied by Kraftwerk and the techno-futurist possibilities described by sociologist Alvin Toffler (author of The Third Wave and Future Shock), Atkins blurred his name behind aliases such as Cybotron, Model 500, and Infiniti — all, except for Cybotron, comprised solely of himself — to release many classics of sublime Detroit techno. And though it’s often difficult (and misleading) to pick the precise genesis for any style of music, the easiest choice for techno is an Atkins release, the 1982 electro track “Clear,” recorded by Atkins and Rick Davis as Cybotron. He soon left the progressively album-oriented Cybotron to begin working alone, and released his most seminal material from 1985 to 1989 as Model 500. And while fellow Detroit legends Kevin Saunderson and Derrick May were known for their erratic output during the following decade, Atkins recorded much more during the ’90s than he had during the ’80s, soaking up new rhythmic elements from contemporary dance music but keeping his unerring, instantly recognizable sense of melody intact throughout. As the electronic scene began looking back to the past to find musical innovators, Atkins was a name much-discussed and -anthologized, hailed as the godfather of techno.

Born in Detroit in 1962 (the son of a concert promoter), Juan Atkins began playing bass as a teenager and then moved on to keyboards and synthesizers after being turned on to their use in Parliament records. Two local DJs, Ken Collier and the Electrifyin’ Mojo, first introduced Atkins to a wide range of other synthesizer-driven bands — Kraftwerk, Telex, Gary Numan, Prince, the B-52’s — in the late ’70s. Atkins then turned on two friends he had met (initially through his younger brother) while attending Belleville Junior High School, Derrick May and Kevin Saunderson. He also bought his first synthesizer, a Korg MS10, and began recording with cassette decks and a mixer for overdubs.

Hoping to learn more about the burgeoning field of musical electronics after high school graduation, Atkins studied at Washtenaw County Community College in nearby Ypsilanti; there he met Rick Davis, a Vietnam War veteran, synthesizer expert and fellow Electrifyin’ Mojo devotee — Davis had even released an experimental record used by Mojo to open his radio show. The two began recording as Cybotron and released their first single, “Alleys of Your Mind,” in 1981 on their own Deep Space Records. The clever balance of urban groove and synthesizer futurism signaled the new electro wave in black music; though crossover success for electro was quite limited, it went on to become one of the most influential styles for the new electronic music of the next decade.