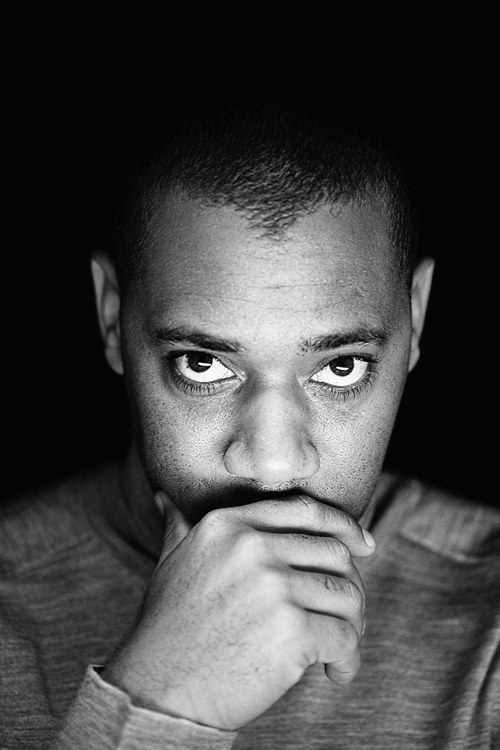 There are DJs who grab bigger headlines, and producers who invite more press. In the ebb and flow of what’s popular in electronic music, there are those who have larger followings or whose names are on more bloggers’ fingertips at any given moment in time. But no artist in the genre commands as much respect, from fans and peers alike, as consistently and influentially as Detroit-based DJ and producer CARL CRAIG. As an artist, a label-owner and club DJ, he is one of the few who has literally helped shape the sound of modern electronic music, with an inventive career that has spanned nearly 20 years.

Recording under his own name and many aliases – including 69, Psyche, BFC, Paperclip People, Innerzone Orchestra, C2, Tres Demented and others – Craig owns a constellation of seminal recordings that have established him as an icon in the techno genre. He came of age as part of its ‘second generation,’ learning from the trio of pioneers credited with techno’s invention: Derrick May, Juan Atkins and Kevin Saunderson. Though the genre has exploded in recent years, Craig’s role as a producer, DJ and ambassador for the music remains as vital as ever. He continues to spin around the world, from intimate venues in San Francisco and New York to large festivals in Detroit, Tokyo and Berlin. His new tracks and remixes have become contemporary dancefloor staples.

Craig’s musical history begins as a teenager living in Detroit, the son of a teacher and a post office worker. He was fully aware of the Motor City’s cultural heritage, a blue-collar city with often restricted, blue-

collar ideals. Detroit was a once-glorious metropolis but in the time Craig was raised there, the city had started to crumble in the wake of the auto industry’s decline. “I don’t want to paint a horrible picture of Detroit because it is my home and is beautiful to me,” he says. “But Detroit is not a cosmopolitan place and in a lot of ways, we were very aware of its absence of ambition growing up.” That awareness reflected in the new music emanating from Detroit. As house music spread from Chicago , Craig’s musical predecessors – May, Atkins, Saunderson – put a futuristic spin on it, and it eventually evolved into the genre known as techno. There was an intrinsic irony to imaginative, future-forward music coming from such a dilapidated urban center. As Craig explains, “The music embodied this idea of hope for the future; we could only look ahead.”

The musical incubator Craig was reared in was a mixture of old and new, black and white. Against the background of Detroit’s rich, magical history of soul music, most markedly with Motown and George Clinton, Craig developed a deep love of the music of Prince (from Minneapolis), new wave (B-52s, Kraftwerk, Art of Noise) and early west coast hip-hop (Ice T). As a young teenager, he played in different bands that would perform on the local cabaret circuit. In 1986, his cousin, Doug, co-wrote a song with Juan Atkins, under the name Channel One, called “Technicolor,” and that was Craig’s introduction to the world of synthesizers and techno’s creators. “That was the first time I was able to touch a synthesizer and really play around with it,” he remembers. “It opened up so many ideas for me.” Craig’s curiosity for how that music was made took flight.

His first composition, under the moniker Psyche, was the song called “Elements,” which debuted on the UK compilation, Techno2, in 1989 and shortly thereafter on Derrick May’s Transmat Records. Over the next year and a half, Craig would release several songs under the names Psyche and BFC, for Transmat and its sub-label, Fragile, regarded today, unabashedly, as techno classics: “Neurotic Behavior,” “Crackdown,” “Chicken Noodle Soup,” “Please Stand By” and others. (The recordings are collected on the 1996 Planet E compilation, Elements 1989 – 1990). Craig was an assistant engineer for May and worked with him in both Detroit and London, a willful apprentice to his musical mentor, co-writing and co-producing some of May’s memorable Rhythim Is Rhythim sessions, including work on the classic single, “Strings Of Life 89.”

Craig soon forged out on his own, partnering with a friend to create the record label, Retroactive, that was home to early releases such as his 1991 EP, No More Words (and its breakout track, “Wrap Me In Its Arms”), and the first Paperclip People single, “Oscillator,” which clearly introduced that alias as his dance-floor project. The influence his many singles had on the genre was majestic, both in underground clubs in the United States and in the burgeoning electronic music culture of Europe.

With a platform to release his own records, Retroactive would also be home to records from Underground Resistance, A Guy Called Gerald (under the alias Inertia), John Beltran (under the name Open House), MK and others. A year later, though, Craig would disband the short-lived venture to create another label entirely on his own, Planet E Communications. Based in Detroit and run by his cousin, Planet E quickly became one of the more significant independent labels in electronic music, aided of course by Carl’s own releases. Planet E’s roster includes influential recordings by artists like Moodymann, Recloose, Alton Miller, Kevin Saunderson and several others.

One of the first releases on the label was under Craig’s 69 alias, “4 Jazz Funk Classics” EP (the title is an ode to early electronic experimentalists, Throbbing Gristle). The 69 (pronounced “six-nine”) name was Carl’s avenue for more experimental techno sounds, and it was clear that even early in his career, Craig was demonstrating an explorer’s curiosity of how the language of techno could articulate itself in various fashions. His different aliases then – as now – play into that idea, courageously battling against the ideas of monolithic identity and “branding.” If one were to compile a master catalog of Carl Craig’s tracks, they would need to sort through an assemblage of different 12″s and CDs spread across a diverse number of labels in the United States, Europe and Japan.

In 1992, using the name Innerzone Orchestra, Craig released another single, “Bug In The Bassbin,” which not only remains one of his most groundbreaking singles but also is widely regarded as a progenitor to the drum ‘n bass subgenre that developed out of the UK in the mid-1990s. Experimenting with rhythms and syncopation and, to some extent, the hypnotic improvisation of jazz, the song opened up the possibilities of what constituted dance music in the UK, and many of drum ‘n bass’ christening artists (e.g., 4Hero, Goldie and J Majik), cite the track as an early influence.

This was the beginning of a prolific run for Craig, his label and his impact. In 1994 he would resurrect the Paperclip People moniker for a string of 12″s over the next few years that absolutely destroyed the clubs, like “Throw,” “The Climax,” and “The Floor.” In 1996, the Paperclip People singles and its b-sides and extra tracks would be compiled into the album, The Secret Tapes of Dr. Eich. These tracks still resonate with people today, including other musicians. For example, James Murphy and his band LCD Soundsystem regularly perform a live-band version of “Throw” to close out their sets.

In 1995, Craig would try his hand at something larger than 12″ singles and EPs – an album. Of course, he had a concept in mind. Landcruising was released initially in Europe (on the Blanco Y Negro label, also home at the time to the Jesus & Mary Chain), and Craig framed the long player as a sonic tour of Detroit, with all of its intensity, direness, urbanity and beauty. Playing with a more expansive format, Craig stepped away from a strictly techno sound, and used the album’s tracks to explore his more ambient and compositional influences, such as those of Kraftwerk, Tangerine Dream and film composer Ennio Morricone. Since that debut album, Craig has released several more, each with its own signature sound. More Songs About Food and Revolutionary Art, released in 1997, opted for a more techno-soul style, a statement by Craig that music made from machines could also still move people emotionally.

There are also the mix-CDs released throughout his career, which Craig has used to document his tastes and style at any particular moment, notably: a session for the DJ Kicks series (1996), House Party 013 – a Planet E Mix (1999), a session for the Abstractfunktheory series (2001), a mix titled Onsumothasheeat (2002), Fabric 25 (2005) and a Kings Of Techno double-disc (2006) with Laurent Garnier playing mixing music from Detroit on one disc and Craig mixing his favorite European techno on a second disc.

In 1995, a new label founded by James Lavelle called Mo’ Wax would reissue Craig’s “Bug in the Bassbin” single, and its reception by a new generation of beat-heads overseas would open the door for Craig to resurrect the Innerzone Orchestra alias. This time, though, he assembled a trio – and later a group – for both improvised live and studio sessions. That group would include percussionist Francisco Mora (Sun Ra Arkestra), pianist Craig Taborn (James Carter Quartet), Recloose (producer and DJ who had recently signed to Planet E), and a local MC, Lacksidaisycal (later called, Lacks). The resulting album, Programmed, met with more critical acclaim than commercial acceptance, but its explorations into techno-influenced jazz recordings, film scores and old soul signaled Craig’s thirst to push the boundaries and make an impact on music beyond the genre of techno.

A parallel history to Craig’s role as a producer and DJ is that of his role as a remixer. Throughout his career, Craig has authored over a hundred remixes, for a wide range of artists all over the world. For Craig, the “remix” is a chance to reinterpret a song from the ground up. Early Craig remixes quickly established him as a premiere producer for those artists who desired an underground club hit, yet Craig reciprocated by making his remixes entirely new tracks that hold their own alongside his original compositions. Classic remixes from Craig include those for Tori Amos (“God”), Ron Trent (“Altered States”), Inner City (“Good Life”), United Future Organization (“Planet Plan”), and Incognito (“Out of the Storm”). He would also remix Dee-lite (“Heart Be Still”), Depeche Mode (“Useless”), Hugh Masekela (“The Boy’s Doing It”), The Congos (“Congo Music”), Delia Gonzalez & Gavin Russom (“Revelee”), Theo Parrish (“Faling Up”), and artists on his own Planet E roster (e.g., Todd Sines, Recloose). Many of his most memorable remixes would be compiled on the 2000 release, Designer Music Vol. 1.

What has characterized Craig’s career is a passion for the music of techno and for the people who make it; for the social and cultural forces that underscore people’s appreciation for music and a constant hunger for pushing the limits of what music and its role in life can be. That continues today as Craig is currently following several artistic narratives he’s developed throughout his career.