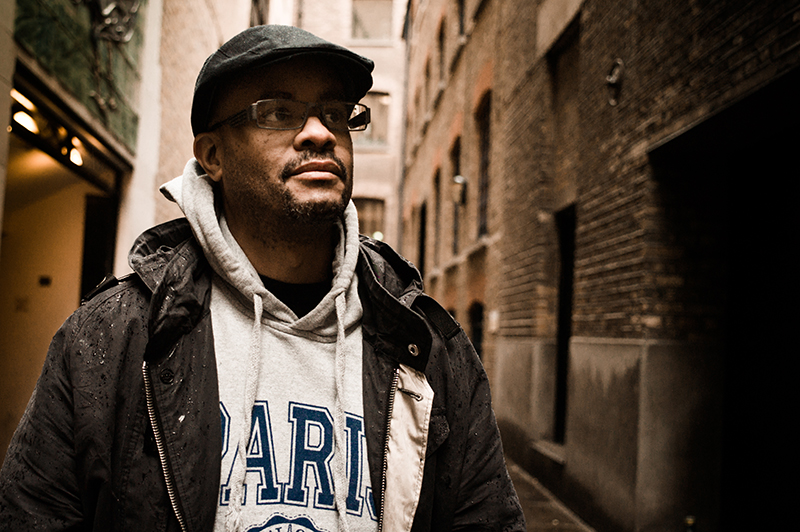 Detroit has been credited as one of the Soul Music capitals of the world, spawning legendary artists like The Four Tops, Marvin Gaye and Diana Ross just to name a few. In the mid 1980s, Detroit’s Underground Music Movement brought rise to a new genre of electronic music known as “Detroit Techno” pioneered by artists such as Derrick May, Juan Atkins, Carl Craig, Kevin Saunderson, Blake Baxter, Eddie “Flashin” Fowlkes, UR, Jeff Mills, and a host of others. But unlike the aforesaid names, Terrence Parker has established himself as a label owner, producer, remixer and DJ of the classic sound of Detroit House Music, and is known as the pioneer of the music genre known as “Inspirational House Music” or “Gospel House”!

As a DJ, Terrence Parker (known to many as “TP”) has become legendary for his quite uncommon yet skillful turntablism style of playing House Music. TP has also become widely admired because he uses an actual telephone handset as headphones; causing some to give him the nick name, “Telephone Man”. Others call him the “Telephone Man” because he has answered the CALL to bring us music to feed our souls!

TP has his own label Intangible Records and has performed as a DJ in 30 countries (more than 200 hundred cities) throughout the world. These events range from night clubs (large and small) to music festivals with more than 100,000 people. Since 1988, TP has released more than 100 recordings on various labels with recent projects on Kingstreet, Purple Music, and has had top 20 hits with his songs “Love’s Got Me High” (with 2012 remixes by Marc Romboy and Jimpster), “The Question” and albums like “Detroit After Dark” in the U.K., The Netherlands, Germany, and France.

Terrence’s recent full album entitled, “Life On The Back 9” released in January 2014 on Carl Craig’s Planet E label in Detroit was rereleased as an expanded remix album in November 2014 on Defected Records in London. This album which in its debut reached number # 1 on the Traxsource Top 100 Albums Sales Chart, tells the story of how he was encouraged by his father to continue on forward by the struggles and challenges of life. The album features the writing contributions and vocal performances by Merachka, Coco Street, Kelly Gunn, Reno Ka, and features remixes by Carl Craig, Underground Resistance/Timeline, Louie Vega, Josh Milan, Monty Luke, Marc Romboy, Merachka, House Of Praise and Terrence Parker.