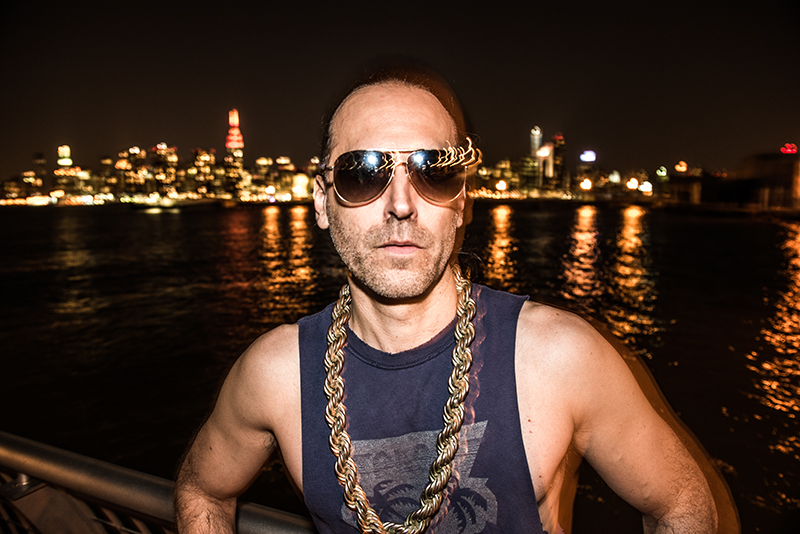 Publicist is longtime musician/producer/performer Sebastian Thomson. He is mainly known as a founding member of post rock innovators Trans Am, though he now also plays in the progressive metal band Baroness and in the past was a member of Ian Svenonius’ psychedelic punk outfit Weird War.

Publicist, however, is Sebastian’s electronic music project. Because he is a studio musician and engineer trained in drums, guitar, bass, and keyboard, he approaches the music from a different perspective and uses almost no sampling. Publicist’s studio tracks are produced using a combination of vintage and modern equipment, and take cues from the darker corners of acid house, new beat, and Detroit techno.

When performing live, Publicist sequences the synths and not the drums, preferring to play an electronically treated drum kit in the middle of the dance floor. This adds an element of sweat and instrumental virtuosity not found in most electronic producer’s live performances.

Sebastian is an Argentine native whose family had to flee that country’s military dictatorship of the 80s. After finding temporary residence in Brazil, Holland, and France, Sebastian and his family settled in Washington DC. He then lived in London for 5 years. Publicist is now based in Brooklyn.

Publicist began while Sebastian was living in London, and was therefore originally a European project. Publicist has played in scores of European cities, towns, and festivals in the last six years, and is now performing more in North America. The first Publicist EP was released in 2009.