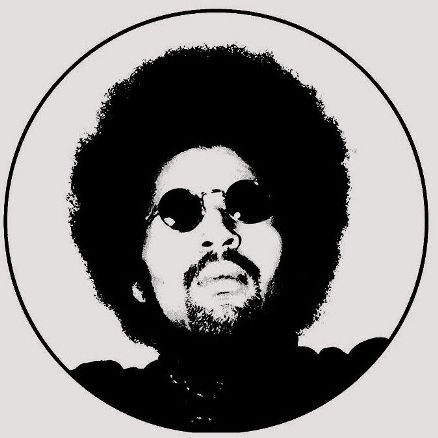 KDJ is Kenny Dixon jr – aka Moodymann. Moodymann combines classic soul and jazz samples, low-slung bass in many of his tracks that always manage to create a captivating scope of sounds keeping you hooked in the groove from start to finish. This style of strong soul and blues-tinged tech house music is able to combine the original disco sound with the more deeper approach to production that has been mo-re apparent with the producers of Detroit.

The production and musician skills that he retains put him in a class of his own with many trying to mimic his style but not quite managing to reach the same emotion that is always apparent in his tracks. In his own words he best describes his music on the track ‘Radio’ from his 1998 album Mahogany Brown.. “I don’t make music for the masses to dance to, i make not one for taking the limelight but preferring the music to take the exposure and do the talking. He is also known to have quite a controversial political philosophy and racial agenda with some comparing his attitudes to that usually associated with Rappers and thus regarding him as an outspoken voice in the normally non-confrontational world of electronic dance music. But the roots of this resistant spirit of Dixon’s partisan-like thinking that drives him and other Detroit- born musicians to the city’s environment – was shaped by 1943 and 1967’s riots and their shattering aftermath.

The mysterious Moodymann began his production career in the early ’90s, and set up his independent label KDJ Records in 1994 with the first release being the Moody Trax EP and then following up with the great and now classic releases like “The Day We Lost the Soul” which is a tribute to one of KDJ’s hero’s Marvin Gaye. “I Can’t Kick This Feelin When It Hits”, “Don’t Be Misled”, “Forevernevermore”, “Dem Young Sconies EP”and many more. Dixon is also part of the ‘3 Chairs’, a collaboration of three of Detroit’s heavyweight house producers – Theo Parrish, Kenny “Moodymann” Dixon Jr, and Rick Wilhite. These guys have been working together on many projects over the past few years and all sharing the ability to produce their unique Gritty Soul, Jazz, Blues sound.. In the late ’90s, they released for a pair of 12″s that were billed as 3 Chairs, with each track being credited individually – it was when Malik Pittman was added to the group in 2003 on the release “All Over”, they began crediting the tracks to the whole crew. This notion remains for their first album, also presented as a complete group release.

While he may frustrate people with his refusal to be interviewed and insistence on reminding people of the genre’s origins, it is a certainty that his music is ground breaking, and the brilliance of his unique underground sound appeals to all ears weather they be Black, White, Yellow, the result is the same: soulful personal music from the heart.