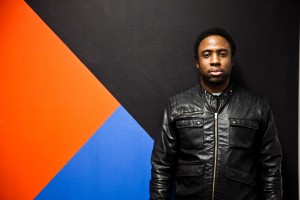 Monty Luke is a revolution in sound – a forever push towards forward thinking; a man unafraid to explore the space beyond the assumed boundaries of electronic dance music. What began in Brooklyn quickly spread, as Monty spun his way across the west coast, honing in on a raw, brain-pumping sound that would catapult him into the great unknown.

In mid 2008, it seemed fitting Monty would relocate to Detroit, the birthplace of techno music. He began work with his mentor, techno legend Carl Craig, and produced “Panik Attack,” the un-nerving, hypnotic follow-up to “Paranoid.” Managing the development of Craig’s home-based label, Planet E Communications, Luke received the encouragement to push ahead, to new frontiers of the sonic mind. 2009 saw the release of yet another single, the nebular “Art, Love, and War.” With each track, Luke has expanded the horizons of techno music. During 2010, he was a part of the D25 World Tour, celebrating the 25th anniversary of Detroit Techno, alongside DJ’s such as Theo Parrish, Kenny Dixon Jr., Derrick May, and more. In 2011, Monty launched his own imprint, BLACK CATALOGUE. The label is focused on raw, underground

electronic music talent and will primarily be a stage for him to release music on his own terms. You can also hear Luke monthly, on his Scion A/V show “Wave of the Future.”

Monty Luke is determined to bring his outer-galactic, unapologetic, jack track music to our world and back again. The time is now.