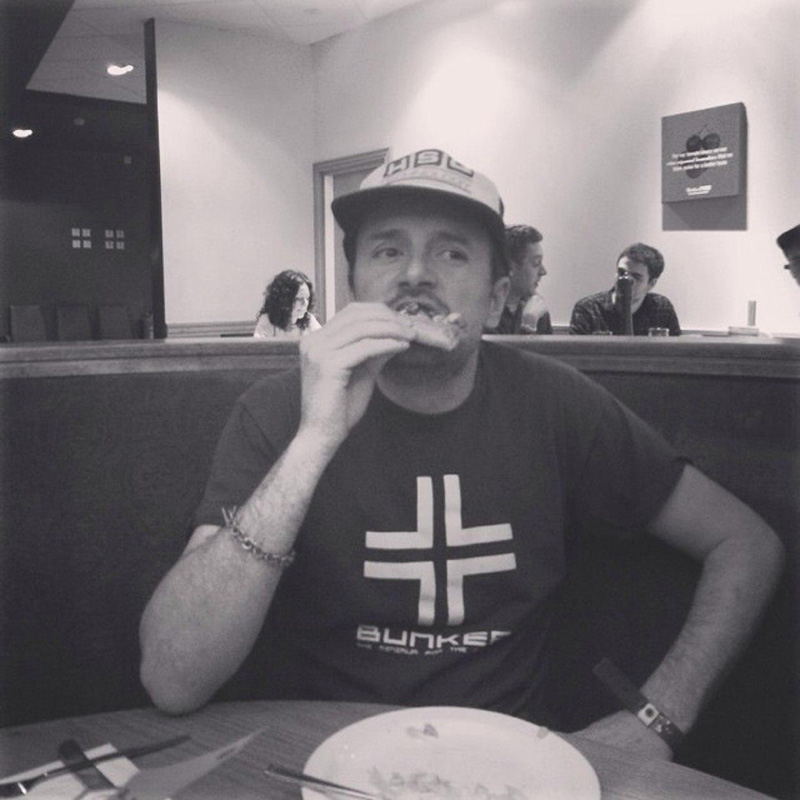 Often you need to go backwards to move forwards.

And crouched in the eye of this proverb is Marco Bernardi, the Italo-Weegie alchemist of electronic sound.

Stripping out the lazy laptop from his production set-up and focussing on simply “old fashioned machines” he then sets these controls to the centre of integrity – this man is obsessively coaxing his hardwired analogue dreams further into livid life.

Today, Bernardi is about to unleash his next assault on the world from his furtive Bristol bunker, including launching his own label: Take the Elevator as well as debuting on Paul Du Lac,s Bio Rhythm .M.O.S /Delsin,Berceuse Heroique plus Detroit’s seductive stable of Planet E.

But let’s rewind a little. Over the last decade Marco has been honing a level of techno sorcery until it easily inhabited the same quality niche as his heroes of Drexciya, UR, Orlando Voorn,and Legowelt.

He’s released albums and crucial 12”s on labels as serious as Clone, Frustrated Funk, Abstract forms,Soma,Rawax, Dutch imprint Creme/Bunker and Dave Clarke’s Whitenoise – and now in 2015 he’s about to ascend to yet another level.

Carl Craig has heard enough to sign the man to Planet E for his ‘Star Traveller EP’, simultaneously connoisseurs of deep electronica Abstract Forms are lining up another Bernardi banger alongside their mainstays of Kirk Degiorgio and Gosub whilst the sizzling stable du-jour of Hypercolour gobbled up Bernardi’s taut and tumbling electro as they primed his release of the ‘No-One Seems To Care EP’.

Such simplicity has been the key to this man’s success. From Berlin’s top clubs, to Glasgow’s underground lairs such as the Sub Club, Paisley’s rave palace of Club 69 and into staples such as Barcelona’s Loft or London’s Fabric – his trail has blazed, and there’s been no stage so far denied to him.

Bernardi achieves a rare trick: restoring your faith in a near exhausted sound by developing his own detailed narratives which are fuelled by the simple yet kinetic desire to make you dance.

And we’re not going to stop anytime soon….

This pan-Atlantic clamour for the Bernardi brand has evolved after a relentless sharpening of the man’s sound. Remixes for Drexciya’s Henrich Muller, Orlando Voorn, Convextion, Slam, 2562 and Redshape were matched by gushing journalism from Clash, Resident Advisor, FACT, Little White Earbuds whilst his debut on Soma in 2007 ‘2fiveonine’ was proclaimed by dance bible DJ Mag as: “The BEST Album of 2007”.