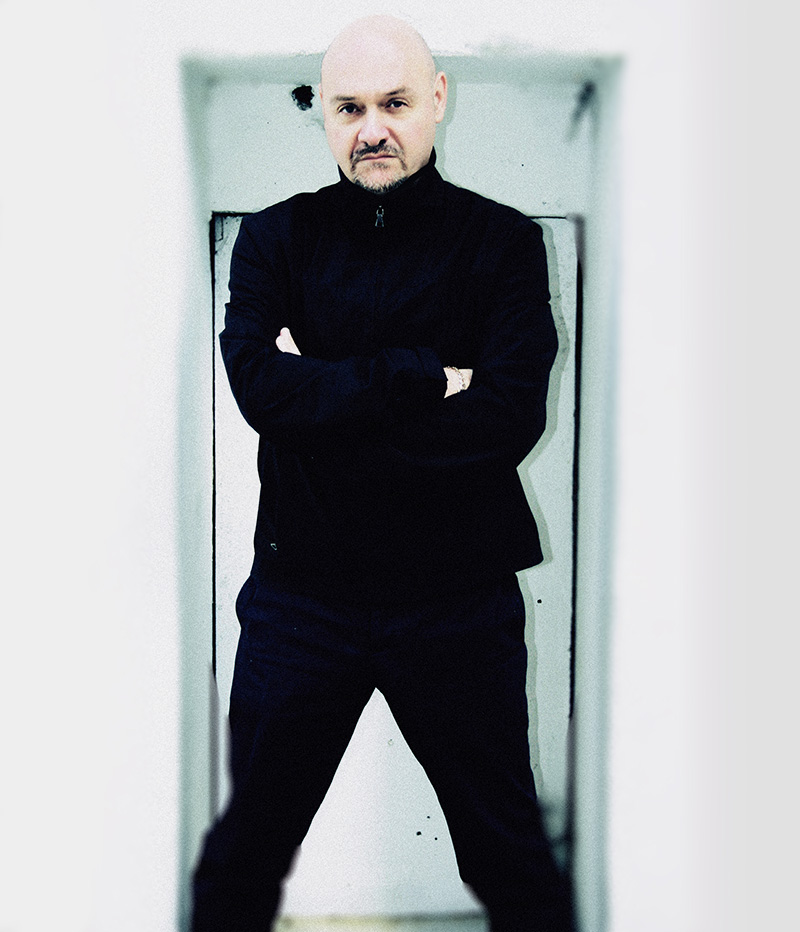 One of the most respected DJ/Producers in the world, Kirk Degiorgio began his DJ career aged 15 in his adopted hometown of Ipswich, Suffolk in the UK.

Raised on a musical diet of disco, funk and electro – Kirk would spin sets on borrowed 1200’s for the local B-Boys at break-dance contests before moving on to his first club night Sweat in 1986.

Moving back to his birthplace of London, Kirk worked for Reckless Records – seeking out rare and undiscovered vinyl on trips to the US. After a chance meeting with Derrick May at a UK Inner City gig, Kirk made the trip to Detroit in 1990 and hooked up with artists Juan Atkins, Anthony “Shake” Shakir and others.

Inspired by the studio setups at Metroplex and Transmat, Kirk sold his vast vinyl collection to fund his own equipment – locking himself away for six months before emerging with his first EP on UK techno imprint B12 in 1991.

Carl Craig then signed Kirk’s next EP for the emerging Planet E label, giving Kirk the confidence to start his own label ART. ART soon became a prestigious source of innovative techno, releasing early seminal works by Aphex Twin, Carl Craig, B12 and The Black Dog.

Kirk’s DJ career grew as he became an in-demand artist in the burgeoning European Techno scenes in Holland, Germany and Belgium. More releases for labels such as R&S, New Electronica, Clear and Likemind followed before Kirk signed with major label A&M/Universal for their Mo Wax subsidiary, releasing the classic album “Planetary Folklore”.

At home in a diverse array of musical styles, Kirk has produced mainstream rock/pop band The Beauty Room and even co-written a techno-breaks track with Coldplay’s Chris Martin. His vast knowledge of music led to a regular radio show on London’s Kiss FM before moving on to Red Bull Music Academy’s online radio station for the monthly Sound Obsession shows in 2007.

Kirk’s Techno sets have rocked dance floors from Tokyo to Glasgow, Sydney to New York, Beijing to Amsterdam. Teaming up with fellow DJ Ben Sims, Kirk’s Machine events are currently the most in-demand upfront Techno parties worldwide. Focussing solely on new and unreleased music, Machine continues to grow as Kirk’s reputation as one of the worlds foremost digital DJ’s reaches a new generation.