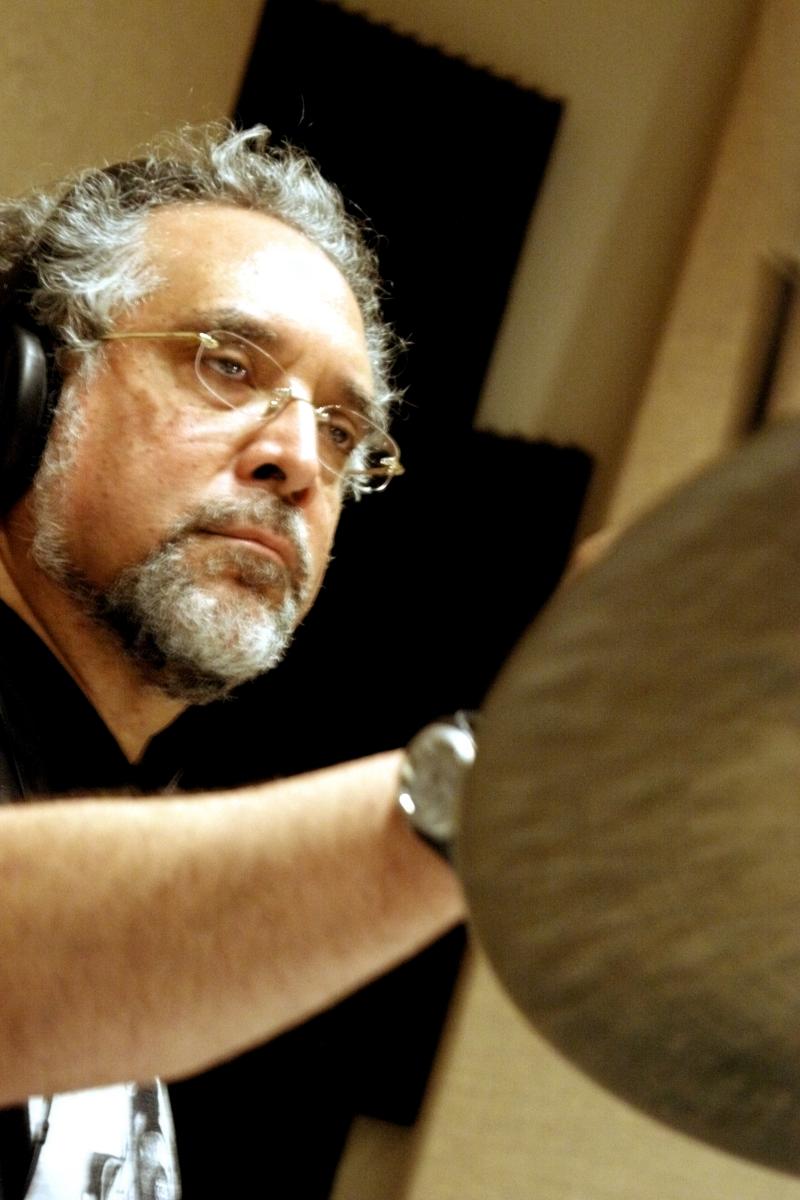 “Led by the drummer and composer Francisco Mora-Catlett – the son of the Mexican painter Francisco Mora and the African-American sculptor Elizabeth Catlett – AfroHORN seeks a mystical but earthy vision of rhythm and folklore, inspired not only by Afro-Cuban music but also the Sun Ra Arkestra, in which Mr. Mora-Catlett played in the 1970s…” –THE NEW YORK TIMES

“Mora is one of the most versatile percussionists in jazz and Afro-Latin music, as well as an original composer…. while Harding is a blaster who displays complete mastery of his instrument.”
–ALL ABOUT JAZZ

“Mexican-American drummer Francisco Mora-Catlett has been gigging around with the third incarnation of the rich Latin-jazz concoction that emerged out of his ’70s stint in Sun Ra’s Arkestra… expect fireworks. – VILLAGE VOICE

“Like the Art Ensemble of Chicago Francisco Mora Catlett’s Septet blends the ancient and modern as well as the African and Latin streams into a most delectable blend”. One of this year’s best! – AFRO HORN MX, Bruce Lee Gallanter, Downtown Music Gallery” April 2012

“Like the most elegant hand-tooled walnut dashboard on the flight-deck of a Space Shuttle, is the sound of Francisco Mora Catlett” Straight No Chaser, London, UK 1999

“To redefine what people think is Jazz by doing music like Francisco’s album now” Carl Craig, ALL MUSICZINE 1999

Francisco Mora-Catlett comes to his visionary work naturally: born into a family of celebrated artists (Mexican painter Francisco Mora and African-American sculptress Elizabeth Catlett) he began his musical career in Mexico, where he grew up. He studied music at the Berklee School of Music, and subsequently played Sun Ra’s Arkestra, from 1973 to 1980. In 1987, he released his first album as a leader, the Latin project Mora!, and received a grant from the National Endowment for the Arts to study drumming and percussion with Max Roach in New York City. Mora-Catlett worked with Roach’s advanced all-percussion ensemble M’Boom, appearing on two Blue Moon LPs, 1990’s “To the Max” and 1992’s “Live at S.O.B.’s New York”.