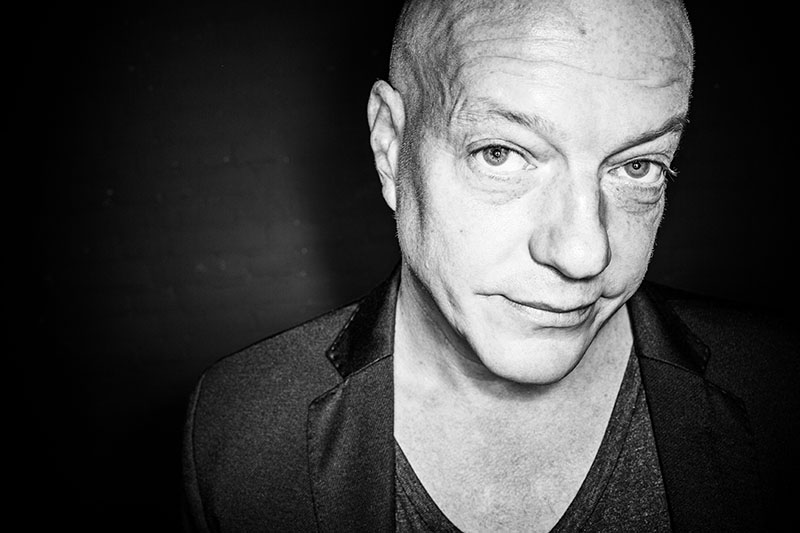 The music career of Dimitri Kneppers (1967), better known as ‘Dimitri from Amsterdam’, reads like an encyclopaedia. A Dutch house encyclopaedia, that is. After 30 years of spinning records you could call him a real veteran, known for his enormous sensitivity, true feeling and mixing skills.

Dimitri has always had a mind of his own. In the summer of 2007 he decides to take a sabbatical, after having played for 23 years in a row. He trades the club scene for a farm in the north of Holland, while taking care of mentally disabled kids on a voluntary basis. In the meantime he keeps himself up to date with the latest releases.

Then, after a 3 years’ time-out, he feels it is time to get back to his fans.

He celebrates his comeback on July 16 2010 at club Trouw in Amsterdam, the start of a residency at one of the best dance venues in Europe. He owns this to the fact that he is able to bridge the gap between different generations of dance adepts, combining in his sets only the most remarkable classics with the cutting-edge sounds of today.

His all nighters become highly anticipated events. Famous festivals like Awakenings, Loveland and Mysteryland are happy to add him to their line-ups.

And, last but not least, he releases his first EP on Planet E Communications, with remixes by Carl Craig and Orlando Voorn. Things keep on working out pretty well until January 2013. Due to a bacterial infection Dimitri finds himself in a university hospital, his life hanging by a thread. But he is determined to fight back. His recovery amazes even the most experienced surgeons – he lost his lower right leg though – and in just 5 months’ time he is back on track. His new prosthesis and his fitness regime enable him to stand on his ‘feet’ again, maybe stronger than ever. September 7 2013 will always be remembered as Dimitri’s second comeback at Club Trouw.

That night he takes the crowd on a very personal journey, getting rid of all the anxiety and pain of the previous months. And most of all proving that music has the power to heal, one of his strong inner beliefs. In the near future Dimitri will go on spinning records all over Europe and hopefully the rest of the world.

Mysteryland USA (Woodstock, USA) was his first big appearance abroad after his illness.

Producing and mixing music will become more and more part of his ‘core business’. Having released another EP on Planet E Communications and tracks on Manual and Deploy Records, Dimitri is currently working on his debut album together with composer/producer Boy Bianchi. Album will be released early 2015.

And good news for – young – talent: in the summer of 2014 he will start teaching at the School of House in Amsterdam, giving master classes to anyone with a heart for playing or producing electronic music. Dimitri is here to stay… and the best is yet to come!

The music career of Dimitri Kneppers’ (1967), better known as ‘Dimitri from Amsterdam’, reads like an encyclopaedia. A Dutch house encyclopaedia, that is. After 30 years of spinning records you could call him a real veteran, known for his enormous sensitivity, true feeling and mixing skills.

In 1988 Dimitri obtains his first residency at club Richter in Amsterdam and starts spinning in the legendary RoXY, where he distinguishes himself from the rest of the DJ-ing world through his bold and innovative mixing techniques. Dimitri is one of the first DJs to mix a house record with break beats or drum ‘n bass, proving he is not only capable of mixing those styles together by tempo and rhythm, but also by melody or tune/pitch, creating real-time compositions. At that time it was a ground-breaking style that has been copied ever so often, although never truly coming close to ‘the master’ himself. By 1991 Dimitri spins at all the major (warehouse) parties in the Netherlands, Belgium and Italy.

He brings out his first record and starts his own label BE.S.T. (Beautiful Soul Techno). From 1992 onwards he continues to take over the club world with gigs from Brussels to NYC and from Paris to Detroit – Derrick May and Carl Craig become close friends – while starting his famous ‘Hi-Tech Soul Movement’ club night in RoXY on Thursday nights. People from all over the country come to check out his distinctive taste of records, in which many consider him still truly authentic.